The number of active forbearance plans fell by 71,000 the first week of August, continuing the trend of strong early month declines in forbearance volumes. 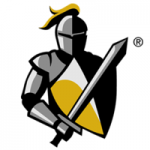 The number of active plans is down 131,000 (-6.7%) from the same time last month, which is a slightly slower rate of improvement than seen in recent weeks. The slowing rate is attributed to stronger than average declines last month as the initial wave of forbearance entrants went through their 15-month review process.

Indeed, the 121,000 plan exits–up from just over 40,000 last week–made up only about half of what we saw in the first week of last month due to July’s much larger volumes of reviews. Plan starts, including both new plans and restarts, pulled back this week, hitting their lowest weekly mark since early July. Of the plans reviewed over the past week by Black Knight, just under 60% were exits, with the other 40% being extended. That's down from a 65-35 exit/extension ratio at the same time last month.

More than 340,000 plans are currently slated for review for extension/removal throughout August, with an estimated one-third set to reach their final expiration based on current allowable forbearance term lengths.